Pothole damage in the UK is a menace to society 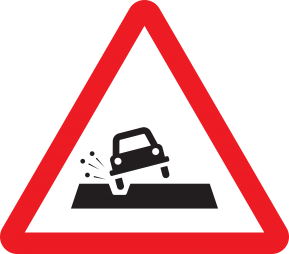 Potholes can hurt your car and your wallet, particularly in the winter months. In the UK pothole damage is costing motorists an average of £230 per annum. That is £4 Billion spent on pothole damage that could be avoided or better spent elsewhere. Up to 10% of car chassis related failures are as a direct result of damage associated with potholes. This includes components such as:

In addition wheels, tyres and windscreens can all fall victim to poor quality, unmaintained roads. Later we will review some of the above components and attribute typical costs per component. I am twice shy after being bitten once by an unavoidable pothole on a roundabout in Hoddesdon, Hertfordshire. That particular episode took a nice chunk out of my alloy wheel as I tried to avoid it. A £60 alloy repair and wheel alignment later made be wiser and more diligent about the road ahead.

£4 billion spent each year on car repairs due to potholes

According to Helen Coffey from the Independent in her report featuring Green Flag’s Simon Henrick.

What is a pothole?

The term pothole has two meanings according to the Collins English Dictionary:

Potholes in the road surface is in effect a depression in a road surface. Some are small and almost insignificant but some grow to be large and dangerous, particularly those in high traffic, hard to reach locations. These can be visible for months before they are repaired by local authorities causing untold damage and misery. Potholes are typically caused by water finding its way into small cracks in the road surface as a result of general wear and tear. Potholes are a real menace on our roads causing physical damage to motor vehicles and providing a real threat to the ever increasing number of cyclists on British roads.

So what is being done to prevent pothole damage?

The Department for Transport are said to be investing £23 million for research for future proofing UK roads. £1.6 million has been earmarked to extend a trial in Cumbria that utilises recycled plastic bottles that are made into pellets to make a new road surface. This new road surface developed by MacRebur should withstand harsh changes in road temperatures, is 60% stronger and 10 x longer lasting that are resistant to potholes. In the November 2019 Budget, the Chancellor announced an additional £420 million for road maintenance. Between 2015 and 2020 the budget for pothole repair and road maintenance has topped £6.6 billion.

The new road surface trials under The Live Labs projects will be undertaken in eight local authorities including:

If the trials are successful the new road surfaces could be introduced to other local authorities across the UK. To make 1 kilometre of road will require approximately 700,000 plastic bottles or 1.8 million single use plastic bags. Either way if this initiative gets the go ahead it will have a real positive environmental impact as well as significantly improving roads for UK motorists.

Our technology means that we can not only help solve the problem of plastic waste but also produce roads that cope better with changes in the weather, reducing cracks and potholes.

The potential cost of maintenance and repairs as a direct result of pothole damage can run into hundreds of pounds. Those pristine alloy wheels that average £250 per corner to replace are vulnerable during pothole season; and a good alloy wheel repair will set you back an average of £70. Bear in mind that not all damage is immediately apparent. It may be identified during an MOT but it could be some time before the damage manifests itself into a component failure.

The table below provides an example of potential costs associated with components that can be damaged and the range of costs per component. The costs are for a typical road car and therefore excludes performance, super and hyper car examples:

In addition to the components listed in the table above car windscreens can also fall victim to potholes. In fact potholes are one of the leading contributors to damaged car windscreens. Damage can occur from stone chips and made worst from excessive jarring that can occur when cars inadvertently drive over potholes. In 2010 there was a shortage of windscreens in the UK as a result of so much loose gravel flicked up by vehicles onto the windscreen.

What can you do as a Motorist to avoid pothole damage?

As Motorists we need to be aware of potholes in the winter months. The first frosts in the autumn months through to early spring is when you are likely to see an ever increasing number of potholes. During this period you are likely to see an average of seven potholes on your journey. To avoid potholes and the potential damage the can cause to your vehicle take the following steps:

How to make a claim for pothole damage?

There are some shades of grey to be aware of. Any claim effectively needs to prove that the authority or Highways Agency was negligent when the incident took place. If a pothole appears as a result of a lightening bolt striking the ground two minutes before you hit the resulting pothole the local authority is rightly unwilling to accept responsibility. Local authorities and the Highways Agency will carry out regular inspection checks of their roads. If the road had no issues when the check was carried out, usually within three months the authority is unlikely to be guilty of negligence.

If you do hit a pothole be sure to take the following actions:

The Pothole Claims procedure is detailed on the MoneySavingExpert.com website. This highly regarded source for saving money and making claims for consumers has a detailed procedure, templates and testimonials from the public of how they managed to successfully make a claim.

What have we learnt about pothole damage?

Unfortunately, at present potholes are a part of modern-day motoring. They are seasonal so we need to be prepared for them. As a recommendation have your vehicle checked each year to detect any pending failures. Keep your distance when driving during the pothole season (Autumn through to Spring). This will ensure you have the best visibility to spot unfamiliar potholes, which may occur on familiar roads. It will also reduce the potential for stone chips on paint to the front of your car help prevent cracked windscreens.

Should you need to make a claim against the authorities you have ways and means. The potholes claim procedure as detailed on the MoneySavingExpert.com website should prove to be a useful resource.

The thought leadership of people like Mr McCartney Chief Executive of MacRebur should pave the way for better, pothole resistant roads in the future.

Keep a look out for more informative blog articles from WheelsMatter. Thank you.